ALL YOUR FAVORITE FAST/JUNK FOOD ITEMS MADE VEGAN!

Vegan Deli & Butcher Shop: How’s that for a collection of seemingly incongruous words? But not as far-fetched as it might appear, according to Chris Bertke.

Bertke is best known for his stint as executive chef at Utah Station, the “mostly vegan” restaurant in a former 1930s-era, two-bay service station. When he became a vegan 25 years ago, he began experimenting with meat substitutes using wheat-based plant proteins, which he’s altered and perfected over the years.

Several years ago, SLM noted that “Bertke has crafty ways with mock meat” and predicted that he “might be about to change the shape of vegetarian and vegan food as we know it.” And so it was at Utah Station, where he created vegan riffs on fast-food staples, most made from the five vegan “meats” that he made in its scratch kitchen. During his tenure, the big seller was a carnivore-fooling vegan T-rav with a circular wrapper and chunky marinara sauce. 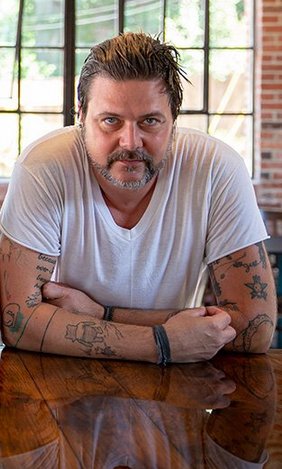 “I use some of the same techniques that a traditional butcher uses—smoking, braising, extruding, aging,” he says, “so a vegan deli is really not that odd, once you think about it.” (One of his secrets is adding a little oil to texturized vegetable protein, so it sets up like the fat pockets found in sausage.)

The chef is also considering staying open later in the day and offering a vegan charcuterie board in the evenings, including some “evening-casual” small plates. The deli plans to acquire a full liquor and package license, so there will be build-a-picnic possibilities as well.

“We wanted to make our place unique, more than a vegan coffee shop,” he says. “The name will generate interest, for sure, and then hopefully prompt a visit. As far as I know, there’s nothing like it in St. Louis and the entire Midwest.”

Send us a message.

Scroll back to top